The project involves the construction of a four-track rail corridor, 2,36 km long, of which 1.330m consists of a fully underground alignment, starting from the exit of Athens R.S. towards Thessaloniki (Ch. 10+821) and ending at Treis Gefyres (3 Bridges) (Ch. 13+180) in the area of Sepolia, in Athens Municipality, where the line connects to the new four-track rail corridor, which was recently completed and opened to traffic.

The rail corridor mostly runs within the occupation zone of the existing corridor, and has a centre of gravity positioning with respect to the surrounding roadlines of the approved city plan.

The approx. 1.330m long underground alignment will consist of a double cross-section. The east half of the four-track corridor will mostly serve suburban trains, whereas the west half will be used mainly for intercity services.

Above the technical underground will be restored the communication of 9 vertical streets, which are currently interrupted due to the ground iron corridor. It is envisaged that the landscaping will be covered by the technician with green (trees, shrubs) with the creation of free recreation areas.

Project status:
The contract was signed on November 15th, 2018.

Construction: The project is included in the Strategic Framework for Transport Investments 2014-2020 (SPEM) 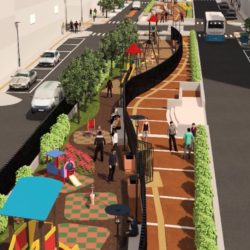 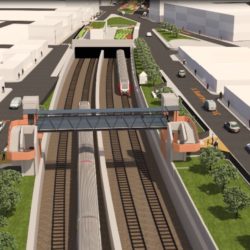 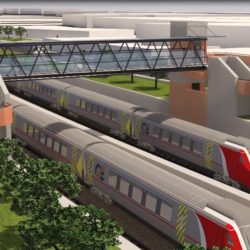 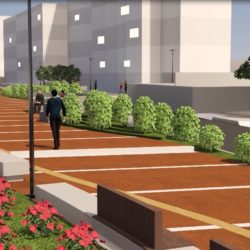