Connection with the freight port of N. Ikonio

The project involves the construction of new single railway line of standard gauge (1.435 m), the starting point of which (Km 0+000) is situated at the western borders of the port of Ν. Ikonio, inside the zone owned by the Piraeus Port Authority (OLP), at the location of the foreseen port Railway Stations (Perama area), and the ending point of which is connected to the new railway axis Athens-Corinth, which then crosses the Thriassio Pedio area. The line will only be used by freight trains and will connect the port of Ν. Ikonio with the remaining railway network at the Thriassio Pedio complex, where the railway and freight activities will be accumulated.

Through the railway connection with the commercial port of Piraeus at Neo Ikonio, it will be possible to transport products, which are largely imported to Greece by sea through the port, to their final destinations all over the country by train – or, vice versa, to transport Greek products by train to the port of Piraeus for export and/or transport to the Aegean Islands, thus contributing to the development of combined freight transport.

At long term, taking into account the trend towards the radical increase in the size of ships carrying containers and cars from the Far East – an increase in size combined with a tendency to accumulate distribution nodes in only a few ports all over the Mediterranean – the railway connection with the port of Piraeus (which guarantees that it will undertake the role of such a distribution node) may extend even beyond the country’s northern borders.

In greater detail, the project includes:

a) the construction of the infrastructure works for the new railway line, which is divided in the following sections:

ii) section from Km 6.0 to Km 17.1, 11.1 km long This section is connected, at its end, to the new high speed railway line Athens–Corinth and, through this, ends up at Thriassio Pedio.

b) the execution of the necessary land acquisitions for the line

c) the construction of superstructure for the total length of the new single railway line, 17.1 km long, and the lines of the port station with the necessary facilities, as well as the access line to the Cars Service Station.

d) the installation of signalling, telecommanding and telecommunications all along this section.

Tunnels: 7 tunnels with a total length of approximately 7,000 m

Railway bridges: 7, with a total length of approximately 1,100 m

Grade separated crossings: 4, with a total length of 90 m 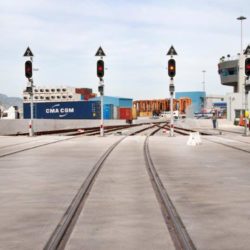 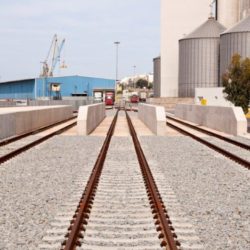 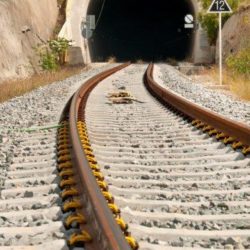 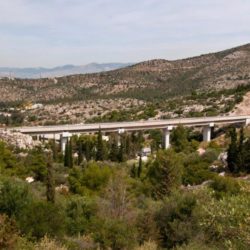 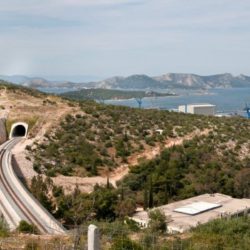 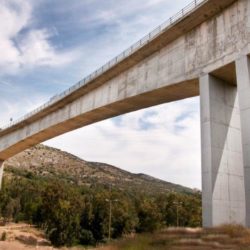 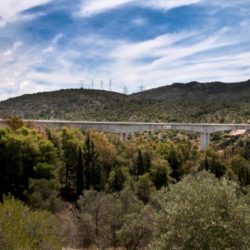 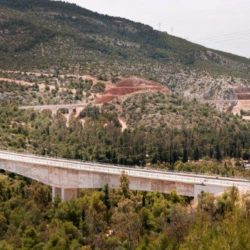 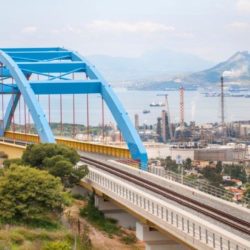 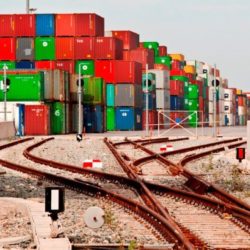 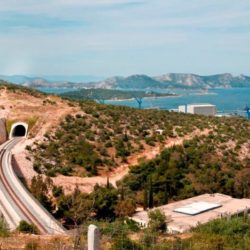 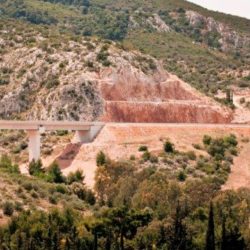 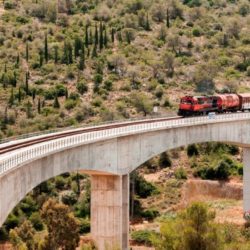 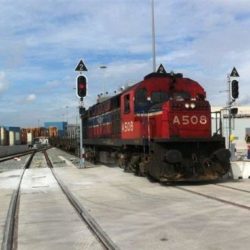