You are here:
Press Releases & AnnouncementsUncategorized 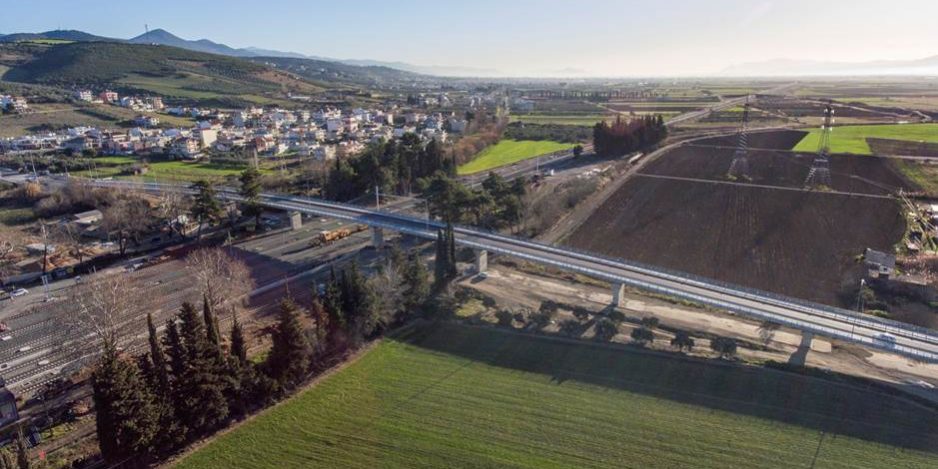 Within the Program of Projects for the Modernization of the Railway Network implemented by ERGOSE, the most prominent project is the one which completes the modernization of the railway line “Piraeus – Athens – Thessaloniki», namely Contract 635, with which the new electrified double track is constructed in the section Tithorea – Domokos, along the axis Athens – Thessaloniki.

The new line is constructed for speeds up to 200 km./hr in the section Tithorea – Domokos. The project is funded by the Connecting Europe Facility (CEF) 2014-2020.

As part of the above Contract, ERGOSE has constructed and delivered into traffic –on 12 April 2018- Road Bridge ΚΟ1, which is the overpass at Lianokladi Railway Station, as well as Road ΚΟ1 and the connecting branches to/from Lianokladi Railway Station (Branches Ι & ΙΙ). The aforementioned road sections (with modern horizontal and vertical signage, safety parapets and electrical lighting), which were delivered into operation to the Region of Central Greece and the Lamia Municipality, constitute the main links serving the inhabitants in Lianokladi area.

This website uses cookies to improve your experience while you navigate through the website. Out of these cookies, the cookies that are categorized as necessary are stored on your browser as they are essential for the working of basic functionalities of the website. We also use third-party cookies that help us analyze and understand how you use this website. These cookies will be stored in your browser only with your consent. You also have the option to opt-out of these cookies. But opting out of some of these cookies may have an effect on your browsing experience.
Necessary Always Enabled
Necessary cookies are absolutely essential for the website to function properly. This category only includes cookies that ensures basic functionalities and security features of the website. These cookies do not store any personal information.
Non-necessary
Any cookies that may not be particularly necessary for the website to function and is used specifically to collect user personal data via analytics, ads, other embedded contents are termed as non-necessary cookies. It is mandatory to procure user consent prior to running these cookies on your website.
SAVE & ACCEPT